Wassel Corporation has over twenty years of experience in managing, designing, developing, and deploying Combat Training Center (CTC) instrumentation systems. Wassel Corporation has also participated in the engineering design of CTC buildings and infrastructure.  CTCs consist of hardware and software components integrated together to provide realistic, tactical force-on-force live training to armies. CTCs can be designed and scaled for training at the battalion or brigade levels and can be either fixed at permanent training sites or mobile for multiple remote training sites.

The main function of a CTC live training range is to collect; transmit and record position and exercise event and engagement data in near real-time from the field participants in a force-on-force training exercise and to display those data on workstations for viewing in two and three dimensions by the opposing forces training exercise analysts at the operations and exercise control building. Information is ultimately edited and incorporated into an After Action Review which is played back to exercise participants for feedback and learning.

In addition to the field exercise participant information, CTCs also collect, record, and transmit field observer controller observations, position location and any other data collected by the observer controller. Video and camera crews collect digital video clips which are transmitted in near real time from the field to the operations and exercise control building. Training ranges can also receive and record high frequency, very high frequency, and ultra high frequency tactical radio channel voice communications data. The digitized voice and video data are recorded at the operations and exercise control building and are viewed in near real time at the analyst workstations, as well as being incorporated and replayed in a post-exercise after action review.

A CTC consists of several subsystems including:
•    Exercise Control – all computational components and training, analysis and feedback analysts’ workstations.
•    Field Instrumentation – communication towers and hardware for data, voice and video; weapon engagement simulation MILES hardware.
•    Player Units – send position and MILES events to and from the operations and exercise control.
•    After Action Review – editing and display hardware to prepare and display the post-exercise presentation data, voice and video material.

Science Applications International Corporation (SAIC, which in 2013 split into Leidos and SAIC) installed and operated the first CTC instrumentation system at the U.S. Army’s National Training Center (NTC) at Ft. Irwin in Barstow, CA, in the early 1980s followed by a major upgrade in the early 1990s. The NTC is the key training center for the U.S. military. 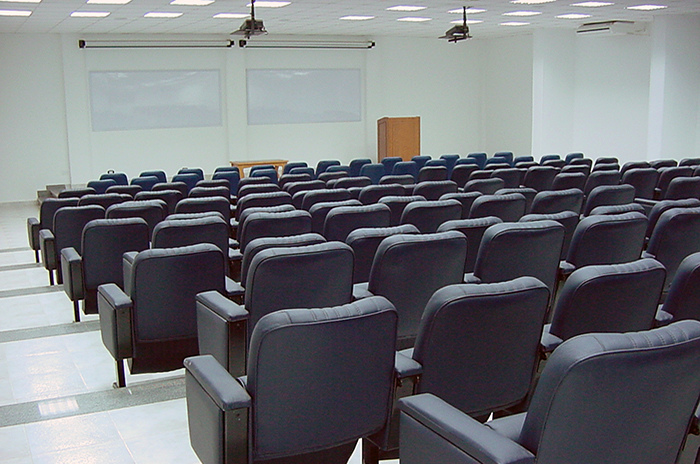 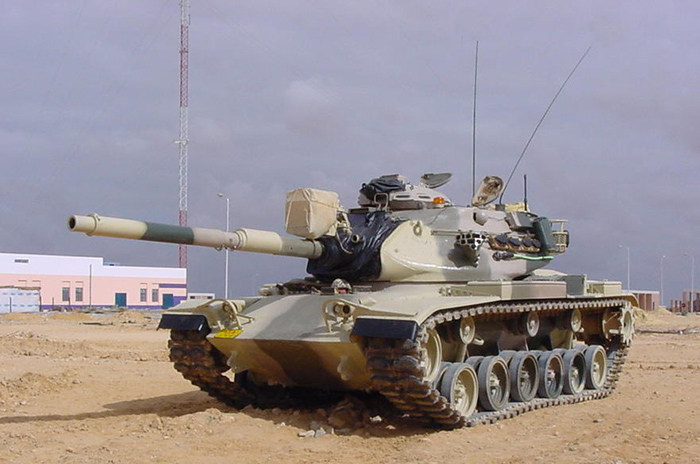 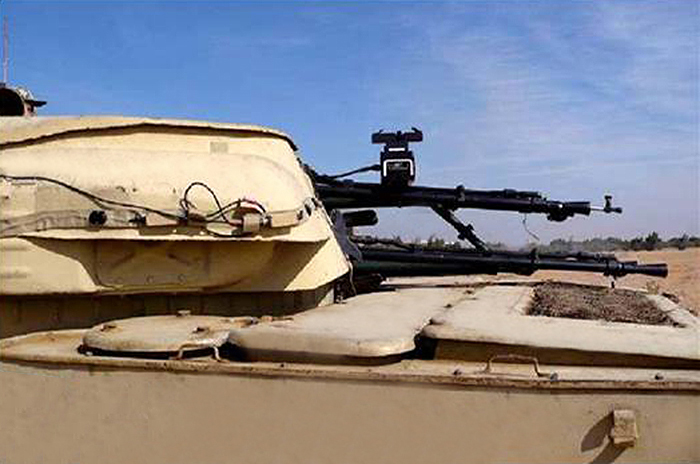 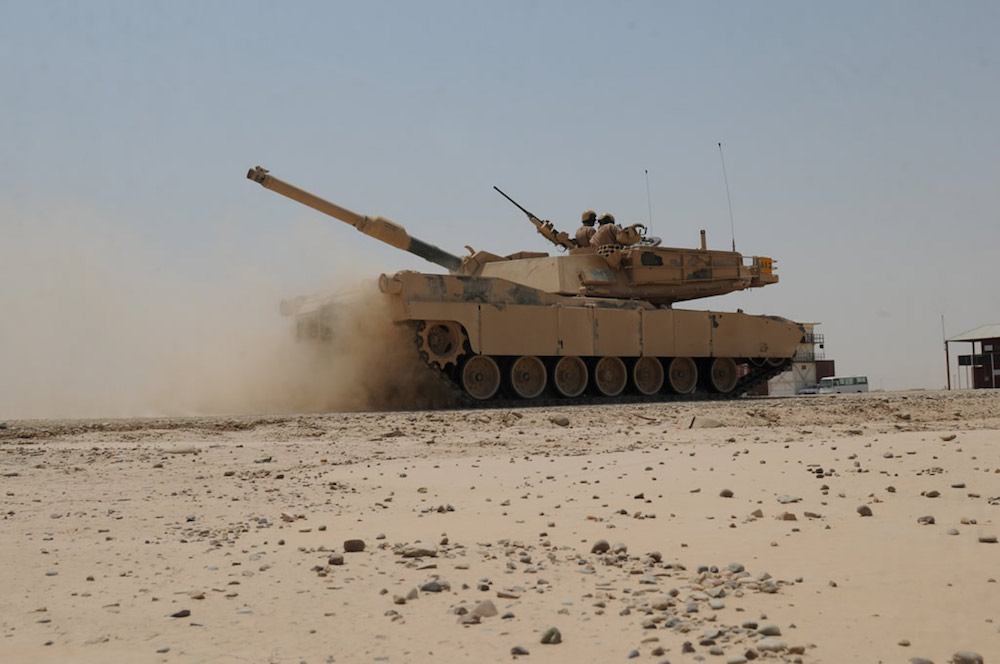 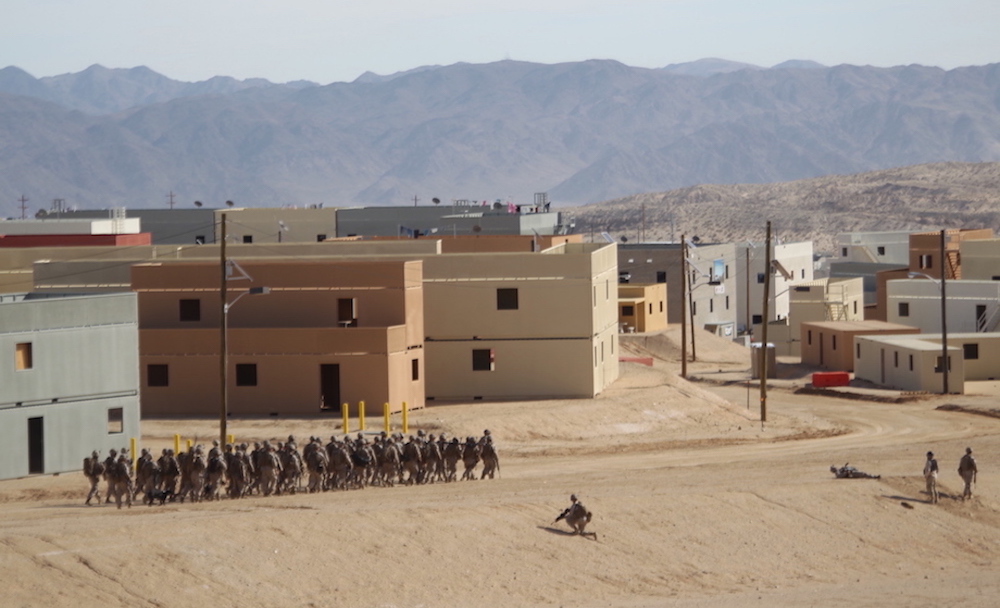 The past decade has seen a rise in Military Operations on Urban Terrain (MOUT), where units operate in cities and villages rather than traditional open field force-on-fore battles. It is estimated that the trend toward a higher proportion of MOUT missions will continue given that a vast majority of the world’s population resides in urban centers. MOUT has become a key goal for military training today. Each urban operation is unique and will differ due to the multitude of combinations presented by the threat, the urban area itself, the major operation of which it may be a part, and geopolitical considerations.

MOUT facilities first began around 1985 when militaries around the world realized that they were starting to become engaged in many urban conflict situations, as opposed to the classical open field force-on-force battles using mechanized armor components.  With the rise of worldwide terrorism in the past ten years, mostly occurring in urban terrain areas, the importance of having realistic urban terrain training areas has increased tremendously.  MOUT missions involve a broad range of critical and challenging decisions and judgments, resulting in an incredibly complicated and fluid environment that influences the conduct of military operations in many ways.

Wassel Corporation and its team members specialize in utilizing modeling and simulation to support MOUT training. We offer guidance and support in developing and implementing MOUT training using components that imitate the appearance and the characteristics of realistic urban conditions.

The MOUT facility contains buildings that can be constructed of stucco, wood, brick or concrete, or they can consist of standard ISO shipping containers, stacked together.  Many of the MOUT sites are using semi-permanent structures.  Each of the buildings and inside rooms are instrumented with cameras and microphones to capture the action in real time.  The rooms are also equipped with speakers, lighting, realistic human target devices, and special effects to provide realistic training.  All of this equipment is controlled by the training analysts in the exercise control facility with two and three dimensional monitoring.

The MOUT training analysts view the exercise in real-time, including real-time video; control all the special effects during the exercise, and to mark the real-time audio/video data for later use in the after action review presentation. The MOUT location and communications instrumentation allows soldiers to be tracked and all data to be collected and transmitted in real time to the exercise control facility. This tracking includes not only outdoor GPS tracking, but accurate indoor tracking of the exercise participants.

The MOUT utilizes weapon engagement simulation hardware; Multiple Integrated Laser Engagement System (MILES) for a wide range of small arms, machine guns, weapons and man worn harnesses for the individuals. Also shoot-through-the-wall devices, to allow heavy weapons to shoot at building walls and cause occupants inside to be killed or wounded, as well as remotely triggered IED devices and shoot-back MILES targets.

The special effects consist of the real-life weapons type of devices, including smoke, explosions, lighting, IEDs, etc. to provide as realistic a training environment as possible for the trainees.  The after action review subsystem normally consists of a small theatre, with large screen displays, a presentation workstation, and wall mounted cameras to film and record the debriefings. 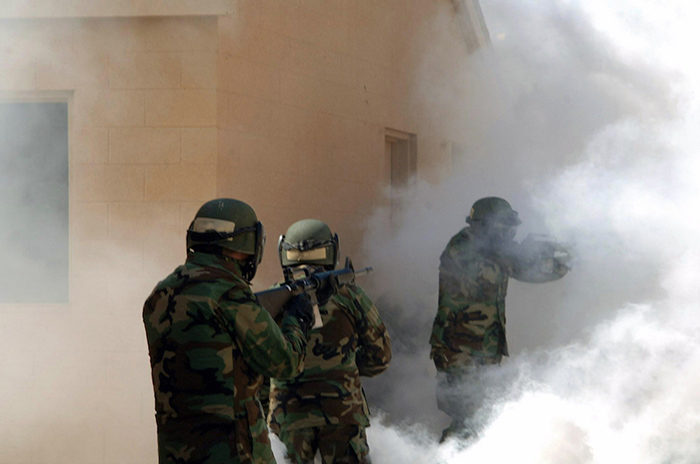 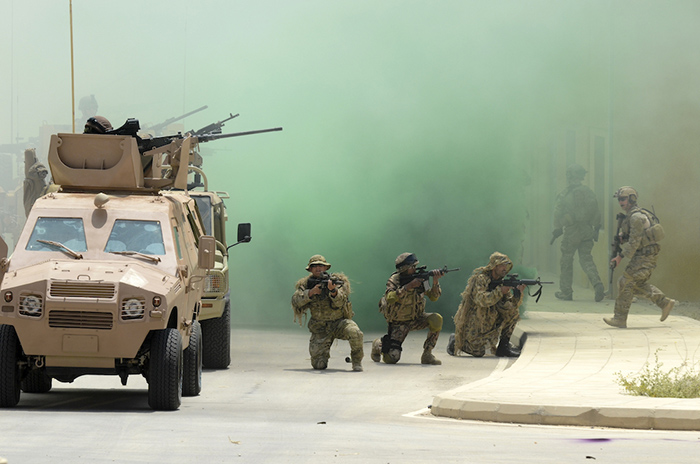 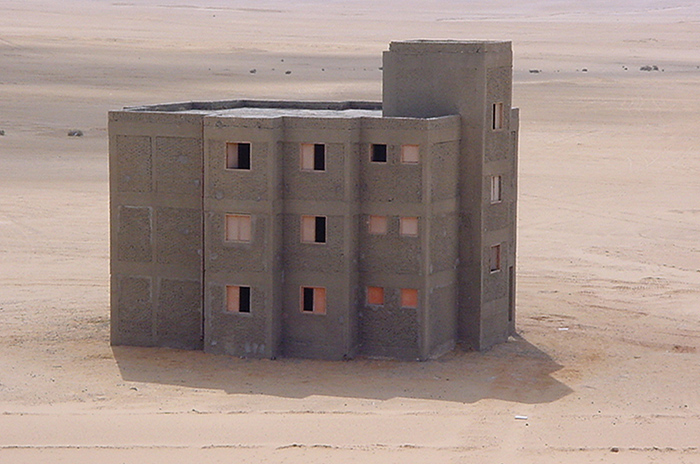 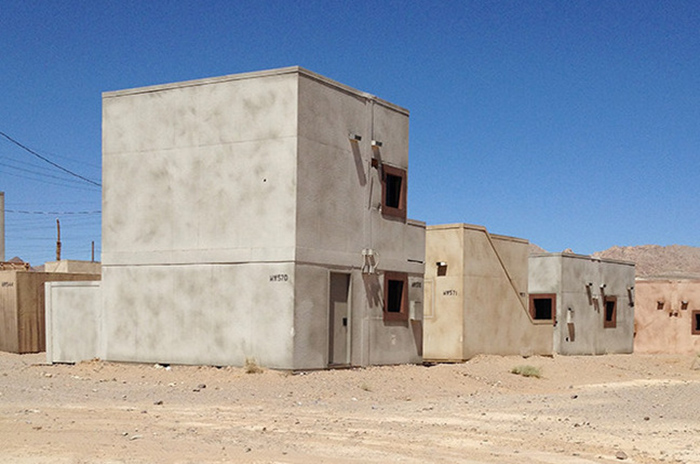 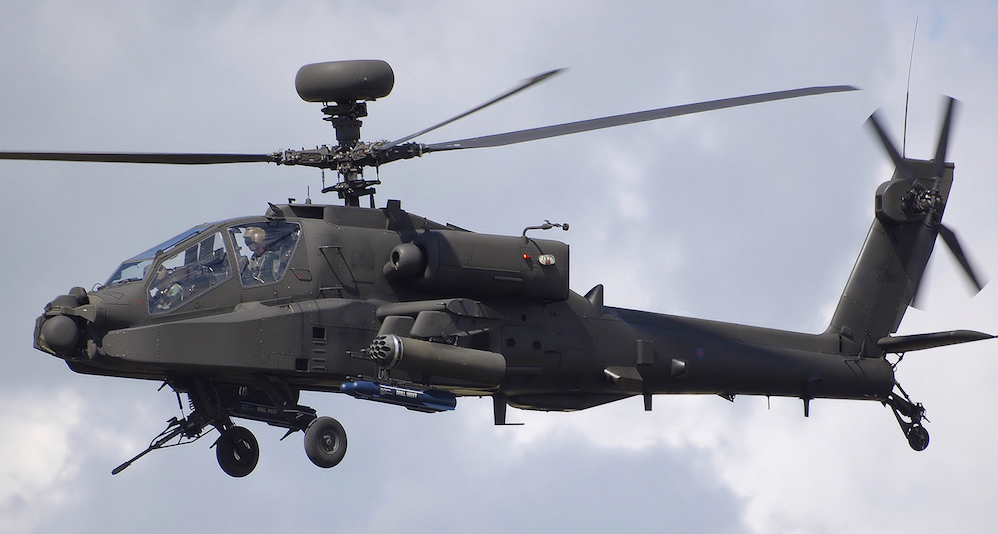 Current global instability and turmoil is validating the importance of live training before conflicts begin. Countries around the world are increasingly embracing live collective training on a variety of platforms. Rotary aircraft tactical engagement training has been an integral part of live training at home stations and combat training centers via force-on-target and force-on-force training, utilizing helicopter instrumentation systems for attack and utility helicopters.

The Tactical Engagement Simulation System (TESS) was originally developed for the AH-64D Longbow Apache (LBA) attack helicopter, and fielded and approved by the U.S. Army in 1998.  LBA-TESS advanced training instrumentation provides aircrews the opportunity to practice live weapon engagements and combined arms training. Exercise data is monitored, recorded and transmitted to the exercise control display for analysis and after action reviews. The TESS is integrated electronically into the aircraft weapon systems to provide a training mode, weapons mode, and a simulated weapons inventory. The advanced aircraft instrumentation system receives and transmits real-time data from the aircraft 1553 data bus and discrete laser sensors.

TESS aviation instrumentation components have been adapted to integrate with other aircraft platforms and networks, and are fielded on UH-60 Blackhawk, CH-47 Chinook, UH-72 Lakota, OH-58 Kiowa helicopters, and emerging Unmanned Aerial Systems. The TESS training system includes instrumentation for ground vehicles, targets and network communications as well as modular command and control systems for fixed and mobile sites. 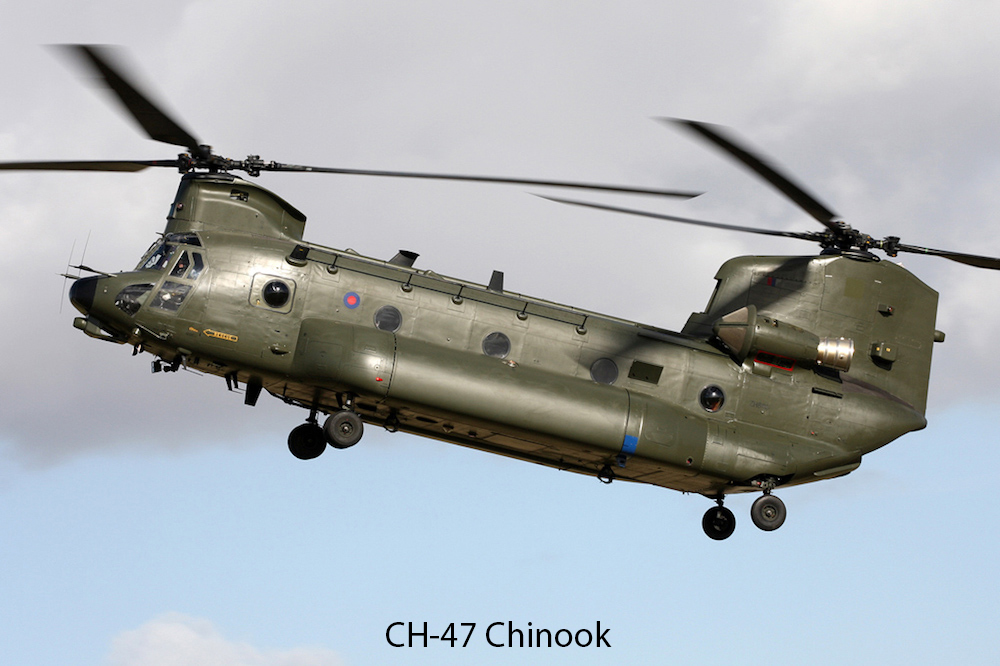 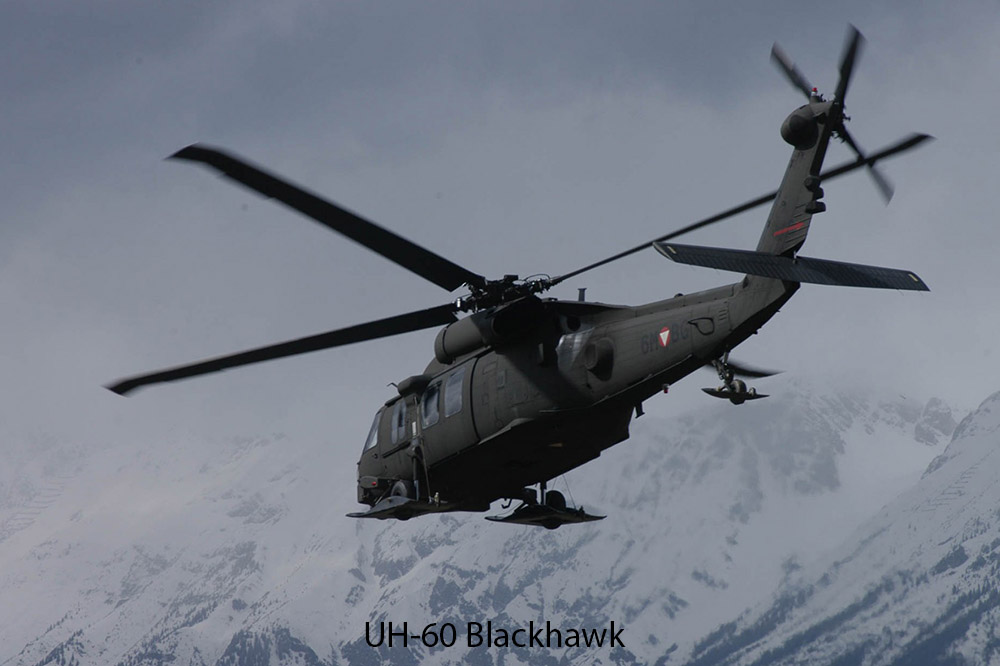 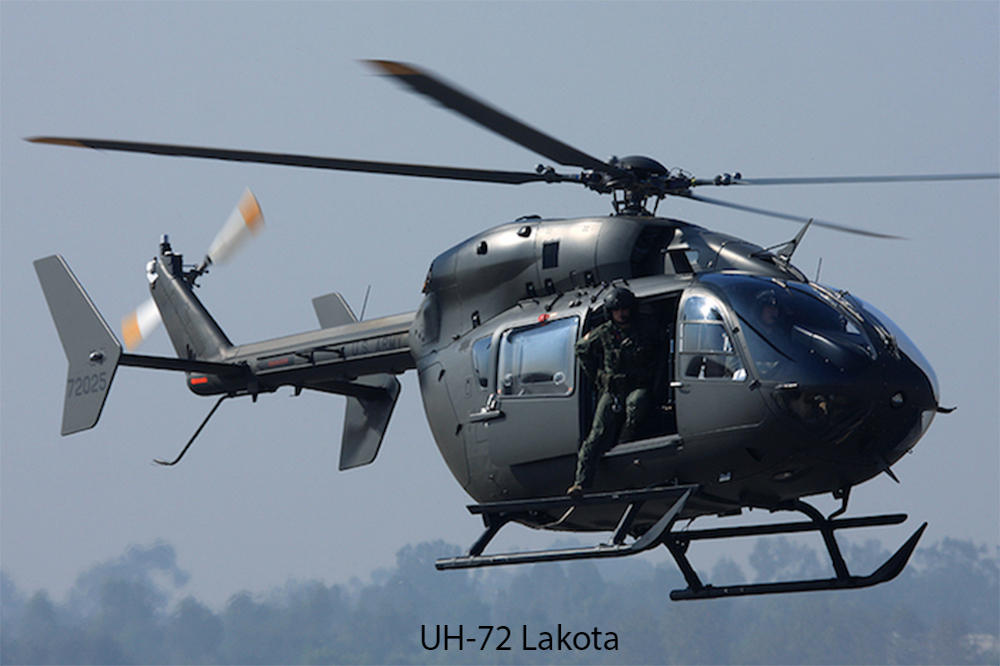 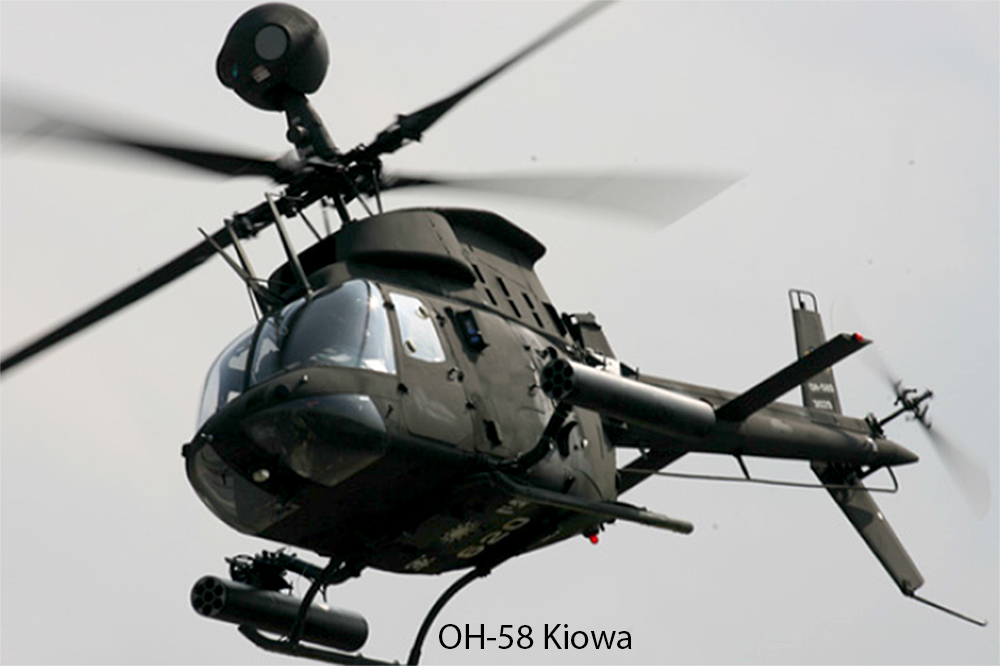